Home » Why Are My Gums Bleeding?

Why Are My Gums Bleeding?

If you brush or floss your teeth and see blood, it is something that you should note. Occasional blood is typically not cause for alarm. However, if you see that you are consistently bleeding or that it doesn’t stop, you should seek medical attention. Although some causes of bleeding gums are mild, it could be a sign of a larger issue.

There are simple explanations as to why your gums may bleed. In fact, some of the reasons could be mild and no cause for worry. Sometimes, brushing or flossing too hard can cause your gums to bleed. However, gum disease is the leading cause of bleeding gums. 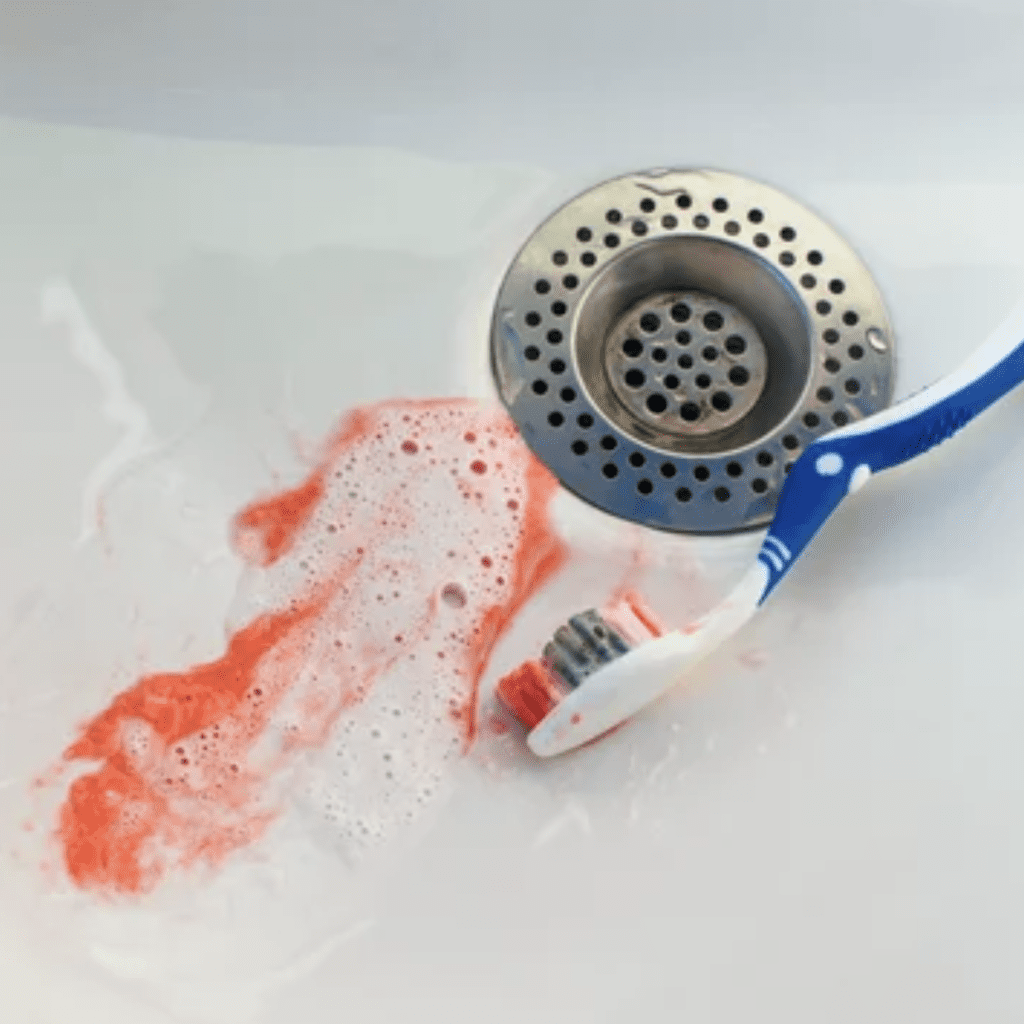 Many things can cause bleeding gums, ranging from simple to complex.

Gum disease is an infection of the gums, usually due to poor oral hygiene. If you do not brush and floss as recommended, you can develop plaque along your gum line. As the plaque builds, it can cause your gums to recede. This makes more room for plaque to build, creating a domino effect of plaque. Having plaque on your teeth and gum line causes irritation and inflammation. Eventually, the plaque causes an infection of the gums, leading to tissue damage or bone loss.

Gingivitis is the earliest stage of gum disease. This is when you may first notice your gums bleeding. You can also experience inflammation, swelling, or redness in your gums. As gum disease progresses, it will develop into periodontitis. Periodontal disease occurs when the gums, soft tissues, supportive tissues, and jawbone become infected. Without treatment, a patient can lose their teeth or jawbone.

Some vitamin deficiencies can cause your gums to bleed. If you are sure that your oral hygiene is not the cause of your bleeding gums, you should talk to your doctor. A lack of vitamin C and vitamin K can make your gums bleed. There are supplements that you can take to help, but you may find it more beneficial to change your diet. Eating foods that are rich in vitamins C and K can help your oral health. However, they will benefit your overall health as well.

Another cause of bleeding gums is pregnancy. It may be a symptom that you are not regularly familiar with. When a person is pregnant, they experience significant hormonal changes. Drastic hormonal changes can make the gums more sensitive and likely to bleed.

Additionally, some serious medical conditions can cause your gums to bleed. Cancers, such as leukemia, can increase the chances of bleeding gums. Leukemia is a cancer of the blood, which doesn’t allow the blood to clot normally. Similarly, there are other medical conditions like hemophilia. Hemophilia is a blood disorder that keeps the blood from clotting, increasing the likelihood of bleeding.

Tips for Whiter TeethAll About Dental BondingWhy Are My Gums Bleeding?